There are roughly five different forms of lung cancer from Small Cell to Adenocarcinoma. The type depends on the kind of cell overgrowth involved. Early screening can reduce the mortality rate significantly. 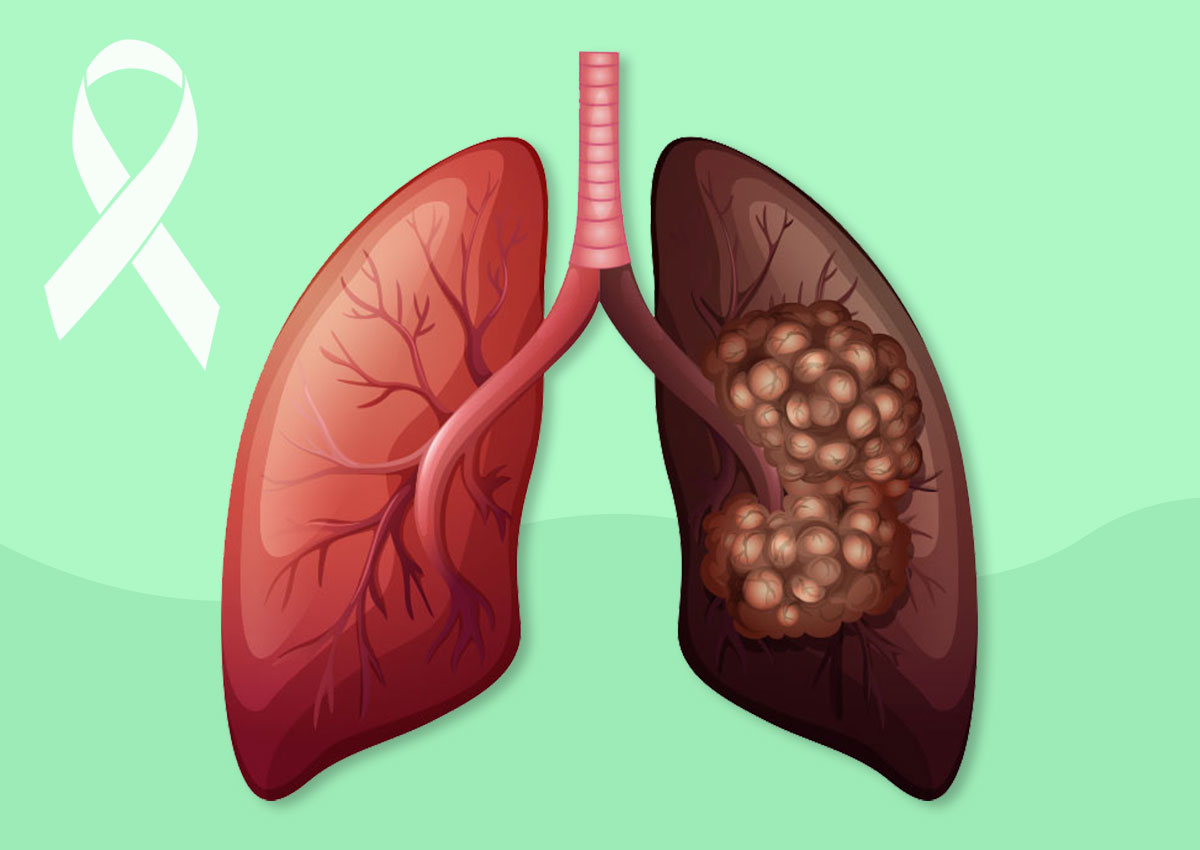 Recognizing the signs of lung cancer can be challenging and often misleading. This is the second most common type of cancer in both men and women and a leading cause of death accounting for 25% of the total cancer deaths. While observing November as the Lung Cancer Awareness Month, I wish to ensure that every individual is aware of the risks, symptoms and possible treatments of lung cancer.

The symptoms remain identical in most patients. Besides the usual persistent cough with or without blood, shortness of breath, and wheezing there is weight loss, chest pain, and hoarseness of voice at times. Other infrequently occurring symptoms include weakness and nausea or vomiting.

Though there are other causes of chest pain too.

Smoking being one of the major causes triggering lung cancer consistently reminds us to quit or avoid it regardless of how long it has been since you started it.

Risk factors for Lung Cancer include:

Types and Stages of Lung Cancer

There are roughly 5 different forms of lung cancer from Small Cell (making 15-20% of the total lung cancer cases) to Adenocarcinoma of the lung. The type depends on the kind of cell overgrowth involved.

Each of the four stages of lung cancer is determined by how far it is spread.

Stage 1: Development of cancer inside lungs

Stage 3: Spread up to the lymph nodes located in the middle of the chest

Stage 4: Both lungs and nearby organs are infected

Signup today and find a doctor near you

The diagnosis starts with a Chest x-ray, Low Dose Ct scan of chest, and Sputum testing. Advanced testing includes biopsy or Bronchial lavage where a needle or washing is used to examine the pieces of tissues. Once these tests confirm occurrence of lung cancer, the bones and lymph nodes are examined to determine the extent of cancer spread.

The treatment is based on the overall health, type of cancer, and the stage of cancer.

A combination of surgery (removal of lung tumor / lymph nodes), Radiation treatment, or Chemotherapy may be used. Certain type of sterotactic Radiotherapy may be used to use intense radiation locally in one area. Targeted drug therapy can also be used for advanced cancer or recurrent cancers.

A newer approach for treatment of lung cancer requires immunotherapy where patient’s immune system is used to fight the cancer.

Around 0.2 million Americans are expected to get infected by lung cancer by the end of 2020 while survival rate is estimated at only 31%. It is immensely crucial for every individual to have sufficient lung cancer awareness so that they can act sooner. Over half of the patients die within a year of diagnosing the disease. Early screening can significantly reduce the mortality rate.

You can schedule a remote doctor visit to see a doctor online and share the symptoms so that the doctor can recommend if diagnosis is required or not.

Pediatrician and Neurologist. Practice medicine for over 2 decades in several countries.

Covid Variant OMICRON – How Serious is the Threat?

With mHospital, you can connect with your doctor through a convenient, safe and secure environment. We ensure that your data is protected as per the industry standards.

Hit enter to search or ESC to close